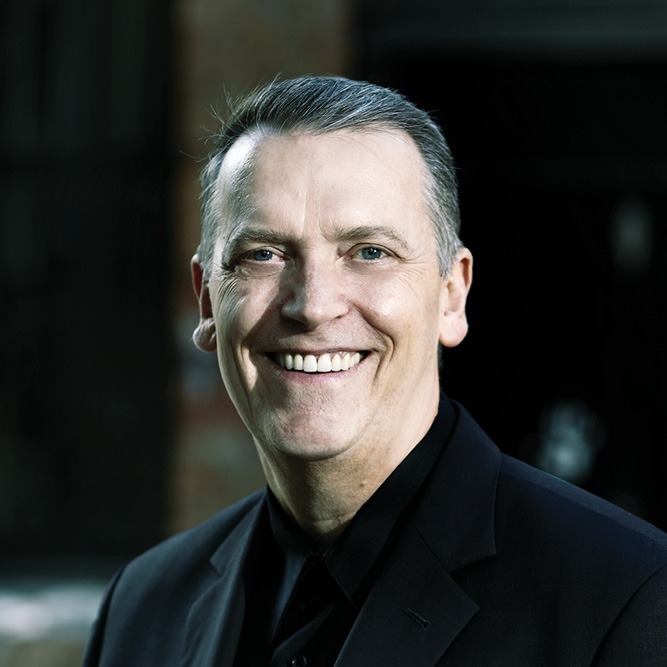 Born in Perth, Western Australia, in 1954, Carl Vine read physics and later music at the University of Western Australia (studying piano with Stephen Dornan and composition with John Exton).

Moving to Sydney in 1975, he worked as a freelance pianist and composer with a wide variety of ensembles and dance companies and was resident composer at the Sydney Dance Company (1978) and the London Contemporary Dance Theatre (1979). He has written 25 scores for dance to date, including Poppy, a 90-minute work for Graeme Murphy’s celebrated ballet on Jean Cocteau. In 1979, he co-founded the award-winning contemporary music ensemble Flederman.

After an initial enthusiasm for avant-garde music (Stockhausen and Carter were major influences) and a time lecturing on electronic music composition at the Queensland Conservatorium of Music in Brisbane (1980 to 1982), Vine began to seek a novel way of writing in the mid-1980s. Vine’s refreshed style, as it emerged, was just as rigorous as that which preceded it: complex rhythms built into rich, kinetic textures and set alongside an austere lyricism that is even more moving in its restraint.

Vine’s most acclaimed works include Mythologia, the First Piano Sonata, and his Choral Symphony (No. 6). Vine enjoys particularly close partnerships with the Goldner String Quartet and the Australian Chamber Orchestra. Other high-profile commissions include “Ring Out, Wild Bells”—a generous and rhythmically vital setting of Tennyson that premiered in 2012 by the Choir of King’s College, Cambridge, as part of their Festival of Nine Lessons and Carols.

A skilled pianist himself, Vine has created a body of piano music that occupies a considerable place in the contemporary repertoire through its scintillating command of sonority and space as well as its versatility and wit. His refreshingly direct Second Piano Concerto, commissioned by the Sydney Symphony and London Philharmonic Orchestras, premiered in 2012.

Vine’s extensive discography is an impressive catalogue of the many world-renowned advocates who have made Vine’s music their own. These include the London Symphony Orchestra and Daniel Harding (the symphonic poem Descent), cellist Steven Isserlis (Inner World), the Australian Chamber Orchestra and Sharon Bezaly (the flute concerto Pipe Dreams), and the Takács Quartet (String Quartet No. 4). The Sydney Symphony Orchestra’s recordings of Vine’s first six symphonies are available on the ABC Classics label and much of his chamber music is surveyed on three discs from Tall Poppies Records.

Vine was Artistic Director of both Musica Viva Australia (2000-2020) and the Huntington Estate Music Festival (2006-2019). In 2005, he was awarded the Don Banks Award for outstanding contribution to Australian Music—the highest accolade the Australian Council can offer a musician. He was also appointed as an Officer of the Order of Australia (AO) in the 2014 Queen’s Birthday Honours List. Vine lives in Sydney, where since 2014, he has been Senior Lecturer in Composition at the Conservatorium of Music.

Recent works include a trombone concerto, Five Hallucinations, for the Chicago and Sydney Symphony Orchestras, and an Eighth Symphony, written as the culmination of his time as 2018 composer-in-residence with the Melbourne Symphony Orchestra.