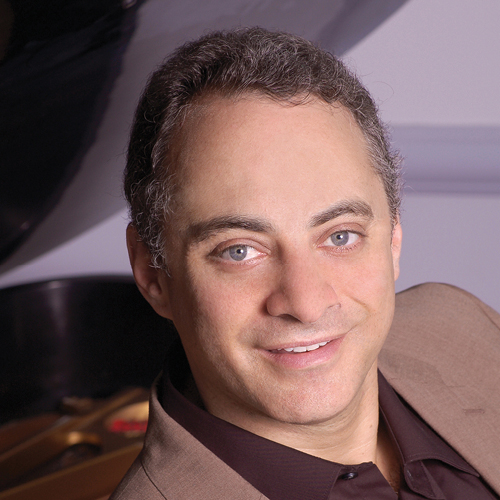 American pianist Jeffrey Cohen continues to draw international attention for the brilliance and artistry of his interpretations. Mr. Cohen has been praised by The New York Times for the “lucidity and poetry” of his playing.

Both as soloist and chamber musician, Mr. Cohen’s performances have taken him to three continents. Recitals include appearances for The Chamber Music Society of Lincoln Center, Merkin Concert Hall, Bargemusic, the Phillips Collection, Mostly Music Series of Chicago, the National Center for the Performing Arts in Beijing, and the National Arts Center of Ottawa. Mr. Cohen has been a faculty member or guest artist at major music festivals including Bowdoin, Waterloo, Musicorda, Orford, Summit, Texas Music Festival, Seoul Summer Music Camp, Shanghai International Piano Festival & Institute, and the Beijing International Music Festival. His recent summer activities include serving on the faculties of the MusicAlp International Academy of Music in France, the Amalfi Coast Music and Arts Festival, the Summer Academy Voksenåsen in Norway, and the Puerto Piano Festival. Mr. Cohen’s debut recording, a collection of French chamber music with his wife and duo partner violinist Lucie Robert, received critical acclaim in Fanfare magazine. He has performed for broadcasts on National Public Radio’s Performance Today, the CBC Radio Network, Radio Canada, Radio France, and WQXR.

In addition to his concert activities, Mr. Cohen’s teaching gifts have established him as a leading piano pedagogue of his generation. His students have won prizes in major competitions and enjoy successful careers as performers and teachers. For more than 30 years, Mr. Cohen has been a piano professor and member of the artist faculty at the Manhattan School of Music in New York City, where he currently serves as Coordinator of Piano Department Master Classes and Competitions. He has given master classes at prestigious institutions such as the Jacobs School of Music, Eastman School of Music, Central Conservatory in Beijing, Shanghai Conservatory of Music, Seoul National University, Boston University School of Music, and Yong Siew Toh Conservatory in Singapore. Mr. Cohen has served as adjudicator for numerous major competitions.

A native of Tucson, Mr. Cohen studied at Indiana University where he worked with legendary pianist Menahem Pressler and received the coveted Battista Memorial Award. He is a past Laureate of the Beethoven Foundation and a prizewinner of the Sherman-Clay Steinway Piano Competition.