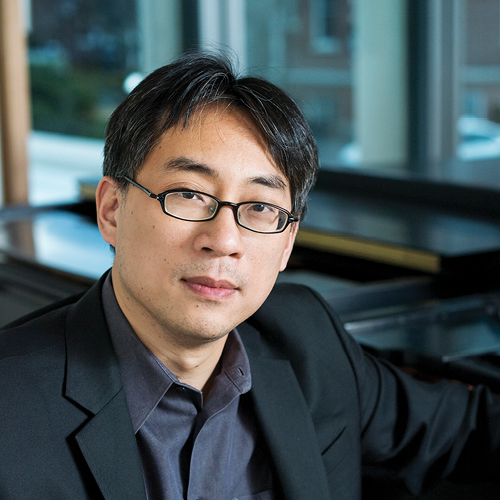 A native of Tennessee, Dr. Melvin Chen has received acclaim for solo and chamber performances throughout the United States, Canada, and Asia.

Chen’s performances have been featured on radio and television stations around the world, including KBS television and radio in Korea, NHK television in Japan, and NPR in the United States.

Chen’s notable solo recordings include Beethoven’s “Diabelli” Variations (Bridge Records), which the American Record Guide described as “a classic”; piano music by Joan Tower (Naxos Records); and sonatas and other piano works by Shostakovich (Bridge Records), among others.

Chen earned a doctorate in chemistry from Harvard University and holds a double Master’s degree from The Juilliard School in piano and violin. He received his Bachelor of Science degree in chemistry and physics from Yale University.

At the Yale School of Music, Chen is Professor in the Practice of Piano and Deputy Dean, where he teaches a studio of graduate and undergraduate piano students. In addition, he also serves as Director of the Norfolk Chamber Music Festival. Previously, Chen was Associate Director and on the piano faculty at the Bard College Conservatory of Music and served as Artistic Director of the chamber music program at the Hotchkiss School Summer Portals.