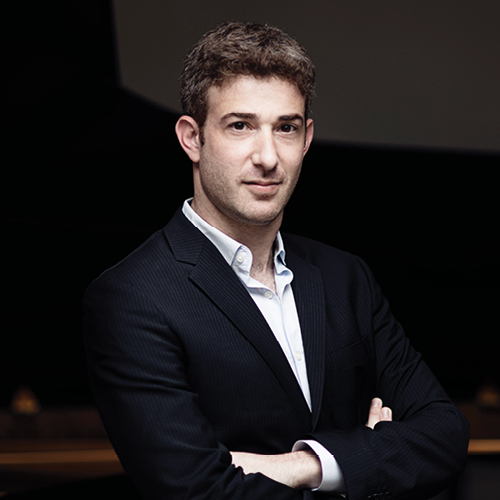 Steinway artist Yaron Kohlberg, born in Jerusalem, is the President of Piano Cleveland, presenter of the Cleveland International Piano Competition in which he won the Silver Medal in 2007.

He is one of today’s top Israeli pianists and has played as soloist and chamber musician in major halls in 40 countries spanning five continents, including Carnegie Hall, the Kremlin in Moscow, the UN hall in Geneva, Kennedy Center in Washington D.C., the Concertgebouw in Amsterdam, Forbidden City in Beijing, and Bellas Artes in Mexico City. He won 10 international prizes and serves regularly on juries of international competitions worldwide. He speaks six languages, including Mandarin Chinese. Yaron is part of the highly successful Israeli-Palestinian piano duo Duo Amal, which performs worldwide with a message of peace. As a performer and leader, he creates original programming to attract audiences to piano music. His articles about the subject were published in Pianist magazine, Musical America, International Piano magazine, and more.