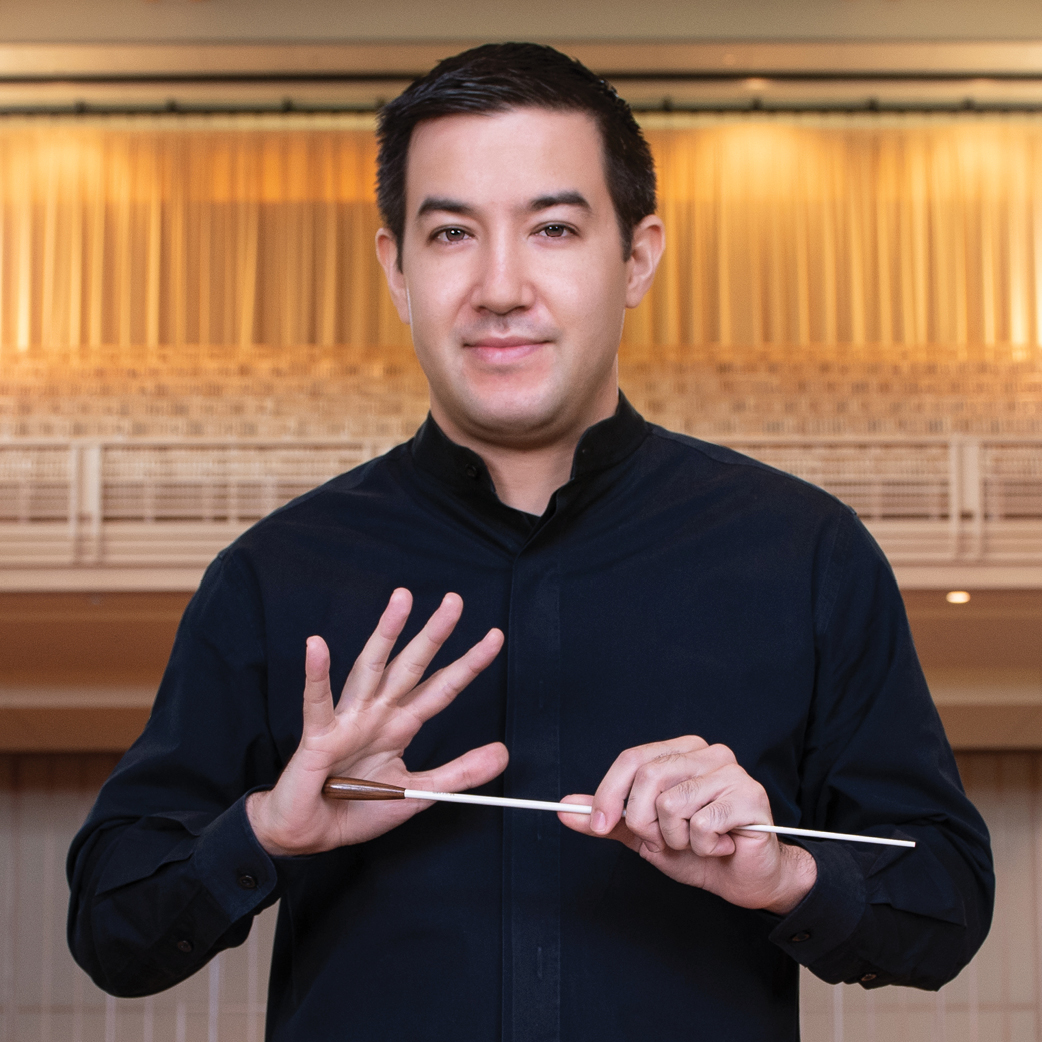 Conductor Francesco Lecce-Chong is the Music Director of the Eugene Symphony in Oregon, and the Santa Rosa Symphony, performing at the Green Music Center in Northern California.

The press has described him as a “fast rising talent in the music world” with “the real gift” and recognized his dynamic performances, fresh programming, deep commitment to commissioning and performing new music as well as to community outreach. Mr. Lecce-Chong has appeared with orchestras around the world including the San Francisco Symphony, New York Philharmonic, Seattle Symphony, National Symphony, Atlanta Symphony, Pittsburgh Symphony, Toronto Symphony, St. Louis Symphony, and Hong Kong Philharmonic and collaborated with top soloists including Renée Fleming and Itzhak Perlman.

In spring 2019, Mr. Lecce-Chong debuted in subscription concerts with the San Francisco Symphony. The San Francisco Chronicle called his conducting “first rate” praising the “vitality and brilliance of the music-making he drew from members of the San Francisco Symphony.” Other recent subscription debuts include the Seattle Symphony, Colorado Symphony, Louisville Orchestra, Louisiana Philharmonic and Xi’An Symphony Orchestra. Mr. Lecce-Chong’s also returned to conduct the Civic Orchestra of Chicago, Milwaukee and San Diego Symphony. In 2019, he also debuted with the New York Philharmonic as part of the legendary Young People’s Concert Series. The 2020-2021 season will mark his subscription debuts with the Utah and the North Carolina Symphonies.

In the past season, heavily impacted by the pandemic, Mr. Lecce-Chong created and led a series of virtual performances with both the Santa Rosa and the Eugene Symphony. The full season of performances was streamed for free to thousands of enthusiastic viewers around the world. In addition, the Santa Rosa Symphony reached over two million households in the Bay Area through its “Santa Rosa Symphony Presents” TV broadcasts. Mr. Lecce-Chong embraced the digital format, using interviews with members of the ensembles, guest artists, and composers to overcome the challenges of connecting with audiences not physically present in the concert hall. The programming included over 20 works by living composers, including a groundbreaking partnership with the renowned Ellen Taaffe Zwilich – a project which will culminate in a recording of her music by the Santa Rosa Symphony to be commercially released in 2022.

Following the paths of renowned Music Directors of the Eugene and the Santa Rosa Symphonies including Marin Alsop, Giancarlo Guerrero and Jeffrey Kahane, Mr. Lecce-Chong has quickly made his mark with the two orchestras introducing a series of new music and community initiatives. During the 2021-2022 season, both orchestras will continue the four-year “First Symphony Project” that is commissioning a symphony each year from a young American composer including multiple residencies in the community. The Eugene Symphony will embark on a three-part concert presentation of Wagner’s epic opera Tristan und Isolde and the Santa Rosa Symphony will begin a cycle of the large orchestral works of Rachmaninoff paired with legendary film composers entitled “Rachmaninoff and the Hollywood Sound”. Across both orchestras in just a single season, Mr. Lecce-Chong will lead the world premieres of five major orchestral works including an ecology-inspired work by Grammy-winning composer Michael Daugherty, a work for mariachi and orchestra by Enrico Chapela, and a dramatic work with actors based on the life of Olympic athlete Steve Prefontaine by David Schiff.

Mr. Lecce-Chong is the recipient of several distinctions, including the prestigious Solti Foundation Award. Trained also as a pianist and composer, he completed his studies at the Curtis Institute of Music with Otto-Werner Mueller after attending the Mannes College of Music and Accademia Musicale Chigiana in Italy. He has had the privilege of being mentored and supported by celebrated conductors including Bernard Haitink, David Zinman, Edo de Waart, Manfred Honeck, Donald Runnicles and Michael Tilson Thomas.