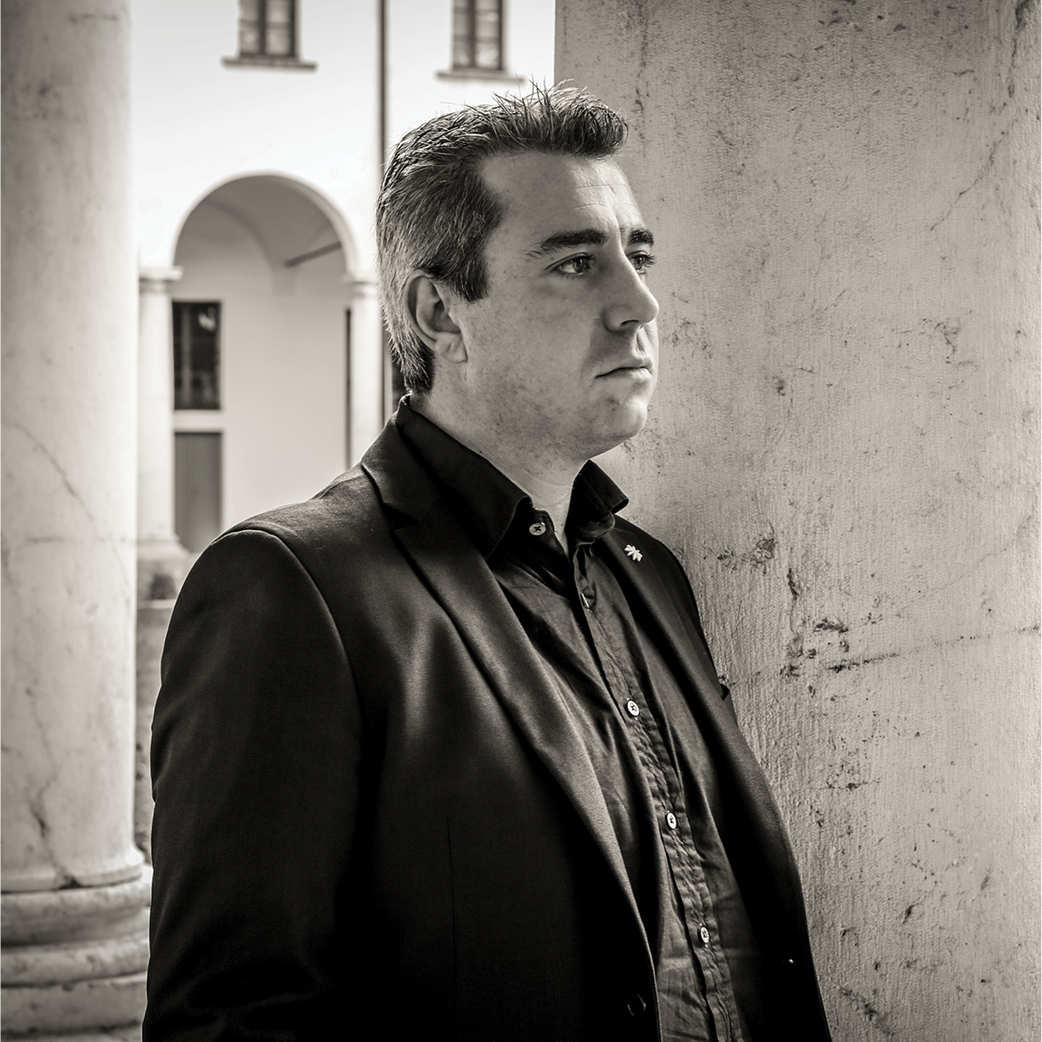 Paolo Baglieri has brilliantly obtained the diploma of piano at the Conservatory “V. Bellini” of Catania. He continued his studies at the “Codarts – University of Arts” in Rotterdam and at the “Schola Cantorum” in Paris, concluding his studies with top marks.

Formerly Artistic Director of the “Mussorgsky” Music Association and the Acireale Classical Music Festival, for the 2013/2014 concert season he served as artistic consultant for the Fondazione Teatro Garibaldi in Modica. In 2014 Paolo Baglieri is appointed director of the International Musical University Talent Music Master Courses in Brescia, of which he currently holds the position of President.

The Talent Music Master Courses represents a unique reality in the world as it offers young international musicians who attend it the opportunity to study with the greatest artists in the world of all instruments, such as Pavel Gililov, Elisso Virsaladze, Piotr Paleczny, just to list a few.

In addition to directing the International Music University Talent Music Master Courses, Paolo Baglieri is carefully dedicated to the promotion and enhancement of the young international talents who attend it. In fact, from 2014 to date, he is Artistic Director of the Talent Master Concerts season, now in its 8th edition. The season covers the entire period of the Academic Year (October–June) and features the best students who are winners of important awards such as the Chopin Prize in Warsaw, the International Ferruccio Busoni Competition in Bolzano, the Beethoven Telekom Competition in Bonn, Hamamatsu Piano Competition in Japan and many others. Programmed in Brescia at the Monumental Hall of the Diocesan Museum, it has now become a fixed appointment for the large audience that attends it and a reservoir of wonderful talents already projected to play international careers.

In 2016 the Talent Master Concerts Season saw its debut at the Teatro Grande in Brescia with young soloists already established at international level. In 2021 the International Academy Talent Music Master Courses obtains the University accreditation from the Kalaidos Fachhochschule in Zurich. Thus begins to carry out the University Courses and issue the degrees in Music Disciplines: Bachelor of Music, Master of Music, Master of Specialized Music Performance, and Master in Music Pedagogy.

Since the year 2017, he has been Artistic Director and President of the Judging Committee of the Brescia Classica International Piano Competition, an international piano competition now in its fourth edition.

In July 2020 Paolo Baglieri is appointed artistic consultant of the Master Orchestra symphony orchestra and in January 2022 he is appointed Artistic Director. The orchestra sees as first parts the Masters Eleonora Rotarescu (I violin and Concertmaster) and Zoltan Szabo (Principal Cello) and has already more than 30 concerts in just 18 months of activity within the Master Orchestra Festival with conductors such as Rudiger Bohn, Alexander Zemtsov, Benoit Fromanger etc.

Since May 2016 Paolo Baglieri is also the President of the National Competition “Schools in Music” of Verona and of the International Prize “Làszlò Spezzaferri” of Verona. The National Competition “Schools in Music” is the largest European music competition for students of Italian primary and secondary schools, it takes place annually at the Palazzo della Gran Guardia in Verona and, in its last edition in presence, has seen the participation of more than 10,000 students from Italian primary and secondary schools. The “Làszlò Spezzaferri” Prize, on the other hand, takes place annually in Verona and is an international competition for age categories addressed to performers of all instruments.

Paolo Baglieri has recently been appointed director of the European Assessment Board which will come into force in September 2022, that is a European assessment system that will allow young people to test the musical level they have reached through an examination system in all instruments.

Paolo Baglieri is considered one of the most prominent artistic personalities of his generation. Acclaimed as “a pianist who perfectly combines his personal vision with the composer’s intention”, he is the winner of numerous national and international piano competitions.

He has performed in Italy, France, Belgium, Holland, Spain, Austria, Germany, Israel, Chile in over 500 solo, chamber and orchestral concerts, in the most important concert halls such as the National Theatre of Jerusalem, the Centrum Beeldende in Amsterdam, Castel d’Ursel in Antwerp, Palazzo Biscari in Catania, Sala Manzoni in Pistoia, Circolo Ufficiali in Bologna, and many other cities such as Taormina, Lucca, Rome, Turin, Verona, Galeazza Castle, Salzburg, Amsterdam, Rotterdam, Paris, Brussels, Haifa, Madrid, Santiago de Chile.